September marks the change in seasons and we usually welcome the autumn colors — except when it’s red tide.

The Coast Guard is warning swimmers and boaters to stay clear of the red waters that have infiltrated New York Harbor.

Also known as “red tide,” it signals the growth of potentially toxic algae which can cause irritation to the eyes, skin and breathing problems. The red tide is spanning from the Intrepid Sea Air Space Museum all the way down to the waters in our neighborhood.

Although reports say that it was first seen at 7am this morning, we believe the red tide was first spotted yesterday by reader Jay Fine, who had posted images of the tide on our Facebook.

The algae’s proper name is phytoplankton, which are known to steal oxygen supplies away from both fish and shellfish.

Although most people don’t usually swim in the Hudson River down by our parts — sailors and people visiting the North Cover Harbor should not touch the waters if close enough to the red tide.

Tom Jones wanted to do something to raise ocean awareness.
(No, not sing “She’s a Lady,” that’s a whole other Tom Jones)

“Going out in the ocean and doing this campaign was a way for me to see how bad the situation was out there, Every day I was in the ocean I would see plastic bottles, food wrappers, all type of trash. It’s incredible given the volume of the ocean,” said Jones to the New York Daily News.

During his journey, Jones encountered sharks, horse flies and an unfortunate circumstance with an alligator after hitting the animal’s leg with his paddleboard.

A crew drove along the coast with Jones, and another colleague floated along with him to pass him food and water.

Jones traveled in 15 miles stretches a day and finally landed in Battery Park City after 90 days of paddleboard travel.

According to his approach to the narrow waterways of New York City, “Coming into New York City,Â where the waterways are tighter, the plastic is so dense,” he said. “There’s plastic forks, 5-gallon plastic buckets, bags, cups, all of that.” 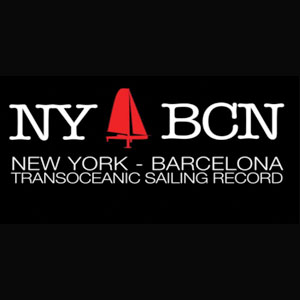